What is World Sight Day ?

World Sight Day (WSD), held on the second Thursday of October, is a yearly day of awareness, which puts the spotlight on global attention on vision impairment and blindness. This is a worldwide event, which this year is on 10th October, 2013. This event is managed by the World Health Organization (WHO) and the International Agency for the Prevention of Blindness (IAPB) who coordinate with each other for various events and activities on this day. The aims of World Sight Day: Following are the chief messages which are extremely important for a common man to be aware of:

To concentrate on avoidable blindness that is caused by uncorrected refractive error that is a simple requirement for eye examination and glasses. 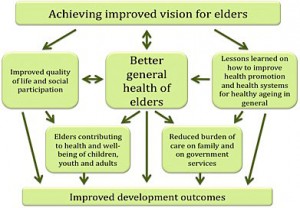 WSD means renewed hope for eyes, eye-related issues, their solution and vision- care for all.

These eye-related issues include eyeglasses, low vision, contact lenses, medicine, or a condition where surgery might not help. One might face difficulties in daily activities such as watching TV, reading, writing, shopping and cooking. The prime reasons of low vision and blindness are age-related eye diseases like macular degeneration, glaucoma and cataract. Any kind of eye injury, eye disorders and birth defects can also lead to vision loss. Following are the causes of visual impairment: Who is at risk?

Around 65 percent of visually impaired people are 50 and above, and they constitute almost 20 percent of the world population. Since the number of elderly will be increasing, the number of people at risk of age-related visual impairment will also go up.

All around the world, around 19 million children are suffering from visual impairment. Out of these, 12 million are visually impaired because of refractive errors (a situation which can be easily diagnosed and corrected). And 1.4 million are irreversibly blind for the rest of their lives. 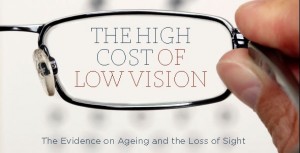 According to statistics, about 80 percent of all kinds of visual impairment can be prevented or cured. Following are the areas of progress:

Eye- care services have been added into primary and secondary health care systems, where the focus has been on the affordable, available and high-quality services

Making international partnerships even stronger, by engaging the private sector and civil society

Various campaigns to bring and spread awareness, by adding it to school-based education as well

The role of WHO in coordinating the international efforts for the reduction of visual impairments:

8 Do’s and Don’ts for Improving Eyesight

11 Best Ways to Get Rid of Eye Puffiness

Earth Day 2016: Where do we stand and where we are heading