Salt is an essential component of our diet, and the presence of various diseases in the body has been attributed to lack of sodium. Besides enhancing the flavor of our food, it supplies our body with sodium which is so necessary for muscle contractions, nerve transmissions and control systems for balancing body fluids. 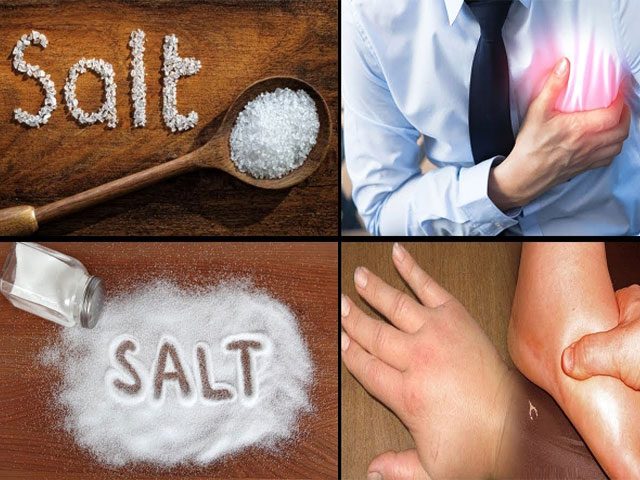 However, the use of excess salt causes certain chemical imbalances in the body which can manifest itself in various ways. The relationship between excess salt consumption and heart attacks has been well-established. According to the World Health Organization, we should consume no more than 5g of salt per day. However, it’s a well-established fact that the use of salt far exceeds the suggested limits. In this blog, we give you 7 reasons why too much salt is bad for you.

The Journal of Nutrition, Health and Aging states that high dietary sodium intake leads to hypertension and cardiovascular disease (CVD). The study further revealed that high sodium intake obstructs the normal cognitive functioning in older people. Excess salt increases the blood pressure in humans, and when that happens, can lead to various kinds of brain troubles. In a study published in the Neurobiology of Aging in 2011, it was found that a high-salt diet and sedentary lifestyle led to a substantial cognitive decline in old age.

Oedema is a condition in which there is an accumulation of excess watery fluid in the tissues of the body. Oedema is known to cause the swelling of the knees, feet and hands. According to an article published in livestrong.con, a high sodium diet causes your body to retain water. This condition can be treated either with a change in diet or prescription medicine, depending on its severity.

It has often been seen that consumption of salty food over a long period of time makes the taste buds familiar to their taste. When that happens, the taste buds simply refuse to take into account the amount of salt being consumed. In other words, the taste buds familiarize themselves with saltiness over time. This means that, with time, you start consuming more of it. However, when your body is hit by salt cravings, you can opt for healthy food instead of reaching for the salt.

It’s a well-known fact that excess fluid increases the blood pressure. According to a study reported in the British Medical Journey, there are various studies which sufficiently prove the consistent direct relationship between salt intake and blood pressure. The study further showed that reducing your daily intake of salt by just 4.6 grams decreased an individual’s blood pressure substantially. In other words, to improve your health, reduce your salt intake.

The kidneys perform various functions in ensuring that our body is strong and healthy. Not only does it eliminate waste products, but also keeps the fluid levels in check. In addition, it also maintains the optimum production of red blood cells in the body. However, an increased salt intake and high blood pressure can prove disastrous to the kidneys. According to an article published in Blood Pressure UK, an increased salt intake reduced the kidneys’ ability to eliminate unwanted toxins.

Eating out can be a lot of fun, and it’s something that we all look forward to. However, the food which we consume outside is loaded with salt. This plays havoc with your system. Some of the food products high in sodium which cause the body to retain water are processed foods. One of the ways of reducing the intake of salt in your diet is reading your food labels and using herbs or spices rather than salt. When your intake of sodium is very high, the body starts storing excess fluid, which in turn causes your body to look bloated.