What is Assisted Reproduction Technique?

Assisted Reproductive Techniques (ART) refers to some procedures, which are used for achieving pregnancy by means that are artificial or partially artificial. ART is used in infertility treatment. This is the only application routine, used for reproductive technology. It includes a number of treatments where anyone is used depending on the condition or nature of the problem of the couple. In-vitro fertilization, IVF, also known as test-tube baby, is the most commonly used treatment all around the world. It involves the fertilization of an ovum (egg) that is exposed to around 100,000 or fewer sperms in a test tube for fertilization outside the body. After this, the embryo is transferred into the uterus of the female.

Intracytoplasmic Sperm Injection, ICSI is done when the quality of sperm is very poor. Here the sperms are directly retrieved from the testis or epididymis. In this highly technical process, a single sperm is injected into the center of an egg to make it fertile. Surgical Sperm Retrieval is used in patients who face ejaculatory disorders or no sperm in the ejaculate.

In case, two or more good-quality embryos are produced during the cycle, but they are not transferred, then they can be frozen for future use. They are frozen at an extremely low temperature of around -180Â°C, so that they do not get deteriorate with time.

In this procedure, the woman has to take medicine for preparing her womb to receive these embryos. With the help of an ultrasound, the lining of the uterus is determined whether it is ready for transfer or not. Surrogacy is the process where the fertilized egg and sperm are placed inside the womb of another lady who will carry it till the full term of pregnancy. It is used for women with an absent uterus, defective uterus, poor endometrium lining, or with repeated IVF failures. 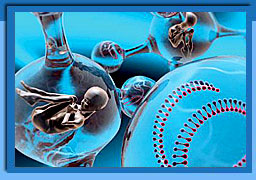 It is used in the cases of Azoospermia (nil sperm count), low sperm count, failure of treatment during male infertility. These sperms are obtained from healthy young men properly examined.

Many times, the egg is not of good quality that is the cause of failed treatments. Here donor eggs become the solution. These are received from a number of sources, that from a professional donor, someone from the family or egg sharing. The treatment starts prior to one month of the IVF cycle. 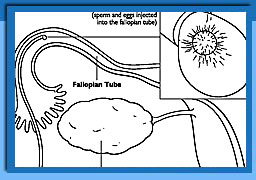 It is extremely important that a couple facing infertility problems should come forward to discuss their problem. We can arrange for Free of cost opinions from various super-specialty hospitals before doctor’s consultations of your query from the experts of our connected hospitals.

What is Assisted Reproductive Technology (ART)?

Do these treatments work?

Advancements in the field of medicine, ARTs and technology have made pregnancy possible for a good amount of couples who opt for such treatments. The success rate from a past few years has gone quite high (it depends on a number of factors).

Are there any side effects?

The clinics offering such therapies take a good amount of care. However, there can be some side effects due to prescribed medications. It is always better to discuss this issue with the doctor.

What is meant by sperm selection?

Sperm selection means the variation of the chances that pregnancy of a particular gender will involve the physical separation of sperms. The human sperm is responsible for the determination of the sex of potential pregnancy.

What is the test for female infertility?

The tests done are used for checking fertility in a woman during the occurrence of ovulation. There are other tests too, for detecting any abnormalities in her reproductive system.

What is the test for male infertility?

For testing male infertility, a semen analysis is done. If stats are believed, in about 40 percent of the cases, the cause lies with the males.

What is In-vitro fertilization, IVF?

IVF is the process where the ovaries of the female partner are stimulated to produce eggs. These are later removed and put her partner’s sperm in a petri dish for fertilization. The embryos are then transferred into her uterus after 2-3 days.

Are children born through ART same as other the children?

Yes, they are, according to evidence and studies all around the globe. But in some cases, if the father had the problem of sterility, then the child born out of genetic origin (using the Intracytoplasmic Sperm Injection), might have the same problem.

What is the difference between sterility and infertility?

Both are of 2 types but are different from each other

Is infertility only a problem that in women?

Fundamentally, fertility problems affect a couple as a whole. The evidence says that in 50 percent of the cases the problem is with the female partner but in the other 40 percent of cases, the male partner is the cause while in the remaining 10 percent cases, the reasons are unexplained. The proper amount of tests are done to determine the cause.

What are the chances of achieving a pregnancy?

The chances of fertilization, as well as pregnancy, depending on a number of factors such as the conditions of a couple, the age factor and also the ART that is being used.